I had fallen into a slump in 2015 when my former agent couldn’t sell any of my stories and then suddenly quit the business. Nothing went right for a while and I was sliding into a “learned helplessness” state where I didn’t believe anything I did made a difference. Because of that, I almost didn’t apply for the We Need Diverse Books (WNDB™) Mentorship Program.

But two things spurred me to:

1) Salina Yoon, superstar author-illustrator and one of the nicest people I’ve ever met, predicted good things happening for me in 2016, and

2) my picture book critique group, the Penguin Posse, kicked my butt (in the best possible way).

So, I entered and put it out of my mind because I couldn’t bear another disappointment. I watched November and December tick away, and had just resigned myself to the fact that 2016 was another bust when just before Christmas…

I received a call from Miranda Paul, the creator of the Mentorship Program and , telling me that I won the nonfiction category, chosen by none other than Jane Yolen--yeah, THE JANE YOLEN!!!

Getting the ball rolling

After the call from Miranda, I think I was in a state of disbelief for a while. Surely something that good couldn’t be happening, could it? Then it all became very real--and very surreal, too--when Jane emailed in the middle of January to introduce herself to me, as if a lifelong speculative fiction and children’s literature fan such as myself wouldn’t know who she is and didn’t already worship the chair she BICs on!

Jane became the icon she is by working hard (along with colossal talent) and expected her mentee to do the same. While I don’t think anyone could work as hard as Jane does, I am more than willing to roll up my sleeves and put in the time and sweat to hone my writing skills.

I think Jane was pleased to hear it.

Getting down to business

The WNDB program allows for each mentor-mentee pairing to work out their own schedules and rhythms. Jane is not a helicopter mentor. She expected me to be an adult and keep track of my progress, asking her for help when I need it, and essentially take charge of the process. She wasn’t going to baby me and change my literary diaper, but she always made time to teach me how to change it on my own, so to speak. I truly believe that is the best way a mentor, or a parent, can help you grow.

Here's how we proceeded:

To begin with, Jane gave me very thorough feedback on my manuscript. I revised based on her comments, rewriting the areas where I felt her advice was spot on. She never pressured me to take her recommendations as the final word, always reminding me to heed only what felt right for my vision.

For the first half of 2017, we went back and forth like that, going over my story initially with a broad brush, making sure the story had structural integrity and the right tone and palette. Then we narrowed in on specific sections, going tighter and tighter into the fine details. I was lucky enough to meet with Jane in person at the spring NESCBWI conference to talk over the progress of the manuscript.
The NESCBWI Conference was also notable because I won the Pitchapalooza event there, beating out the 12-14 other people who were called up to pitch their story ideas!

Jane coached and I refined and polished until we had exhausted every possible adjustment we could think of.

Getting out into the world

At that point, I felt like my baby, with Jane’s blessing and a promise to write a blurb for the book, was ready to be sent out to face the critical eyes of agents and editors.

Everyone tells you that the publishing world is subjective. It is 100% true. Even though THE JANE YOLEN had put her stamp of approval on a story doesn’t mean it will be universally loved. Some agents and editors thought the story wonderful, others gave a resounding “meh.”

Even though WNDB says not to expect to get an agent or a publishing contract out of our mentorships--that it is purely for improving your craft with a dedicated and experienced personal teacher, after all--I was very lucky to have found (again, serendipitously, but that’s another blog post), and signed with, Natascha Morris of BookEnds Literary Agency, who is as savvy and hardworking as she is fun and clever!

There is a decent chance that I might get a publishing contract, too, but I won’t think about it until I actually see it.

As we near Thanksgiving and the mentorship year comes to a close, I want to express my deep gratitude to those who have made the past eleven months unforgettable:

* Salina Yoon, for being a dear friend who publically predicted my success
* Miranda Paul, for her brilliant mentorship program idea, and the entire We Need Diverse Books team


* Jane Yolen, for being my inimitable mentor and guiding star
* Natascha Morris, for being a tireless agent who saw my potential
* my critique groups, the Penguin Posse, the Minnows, and the Scribblers, for always being there to support me in every way
"I may not have gone where I intended to go, but I think I have ended up where I needed to be." ~ Douglas Adams
Posted by Teresa Robeson at 2:05 PM 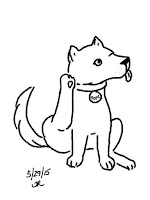 Writer of speculative fiction, general fiction, and nonfiction for kids to adults. You win a prize if you can guess the poem that this profile pic depicts.

Out of Time - Five Tales of Time Travel

still out of time

My family's blogs and sites:

Linky-love and my favorite peeps